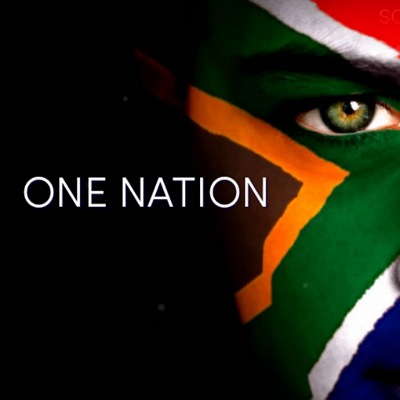 To register your support for the Independence of the Western Cape, The intervention of Government against Farm Murders and the Movement against Corruption and Crime in South Africa, please complete the form below.

MY INDEPENDENCE
We believe that the Power of Government must be in the hands of the People. Having said that, the power of each individual, as a person, has the right to Freedom and Equality irrespective of race, ethnicity, religion and language. Founded on the grounds that Marginalised people do not have a voice in South Africa. We believe in an all Inclusive Society and that includes each and every Citizen and therefore believe that the new dawn in South Africa will be Non-Racial, Economy Driven and a Nation Built on Values of Progress and Prosperity for all our Citizens. We have a very strong focus on the People of the Cape in all its culture and traditions who have been the most Marginalise group of people in South Africa.

PLANNING IS REWARDING
In our pursuit to assist and support Provinces in South Africa who wish to Unite and bring Peace, Prosperity & Equality to our Nation, we believe our strategy is more effective in reaching the Goal of unity as we have a strong International Support Group, the Legal Experts in Constitutional and Commercial Law, Infrastructure Development Experts, Political Transformation and Transitional Experts who are all excited to help us through this journey. We believe in Calculated and Audited Research and believe in getting this right the first time around. In the Western Cape we believe in working together hence the formation of ONE NATION whose objective is to unite other Organisations and Groups, Religious & Spiritual Organisations, Political Movements to discuss many of the problems facing South Africa and as a result the effects it has on the Western Cape. An open floor policy will be introduced to encourage all interested parties to deliberate and share their experiences and bring solutions to the table that can be implemented. It is hope to bring as little as possible disruption to the ordinary Citizens of our Nation and believe that we should do everything to work directly with the present Government Officials who have shown themselves to be ethical and who lead by example to make this a reality.

CARING IS SHARING
If you want to be part and involved in this Movement please join now. We believe in the Democratic Appointment of our Leaders and as such will assist you in setting up your Area Committees and Ward Leadership. Please share with your families and friends and get them to join immediately. If you care about the future of your children then you need to do this now.
WE have been  marginalised far to long. We have been overlooked and have not received the rewards of a Country that we helped fight for. We have been forgotten. We have been deprived of Economic Freedom and we are victims of Institutional Racism.
STAND UP FOR YOURSELF
Register your support now, don't wait. It is our determination to put the Power of Government directly into the hands of the People. The days of Squatter Camps and Slums called the Cape Flats will be no more. The History of Apartheid will be destroyed and our people will be given a new landscape of opportunity and prosperity, this will be our first priority. No large tender will ever be decided by a few people, it will be by Citizen Participation only. Revenue Services will align itself with the needs of the people and poverty will be dealt with as a pandemic and eventually eradicated. Our Borders will meet International Standards and illegal foreigners will be returned to their countries. Our Citizens takes first priority and as such we will close our Borders to refugees and assylum seekers until we have a proper system in place to assist them more effectively. We will Economically Empower all our Citizens freely and equally. National Pride and our Flag will be the source of our love for our People and our Nation
Let's get it done!

In order for us to be successful in our pursuit of Freedom and a Country free of Racism, Inequality, Crime and Corruption, we will need your support to be very effective in the next Municipal Election. We believe that we can unseat the present Government by winning more Municipalities and thereby more Seats in Parliament. Once this is achieved we, with the Citizens of South Africa, will change the Constitution of South Africa to be in line with the needs of the People. .

My Independence is a Movement towards the Freedom of the People of South Africa peacefully and legally.